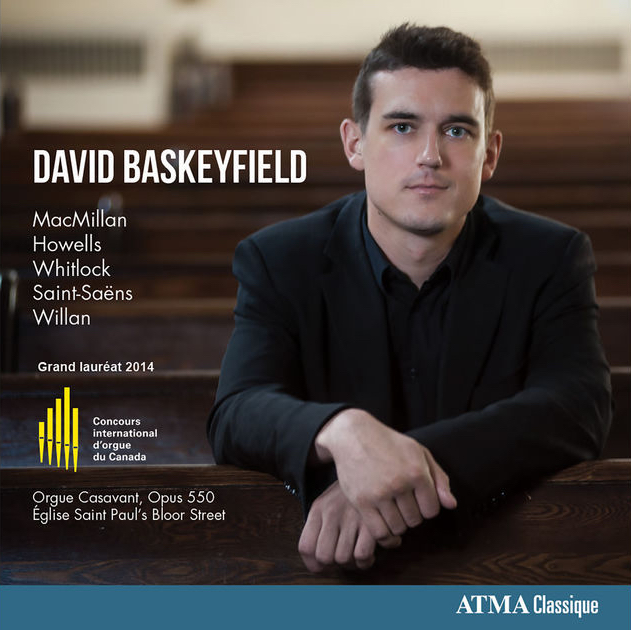 “The real gem of this recording is his magnificent performance of the Healey Willan Introduction, Passagalia, and Fugue. Willan wrote that masterpiece specifically for this organ, the 106-stop Casavant in St Paul’s Anglican Church, Bloor Street, Toronto. When it was installed in 1914 (rebuilt in 1955) it was the largest organ in North America and third largest in the world. It is perfectly suited for the power and color demanded by Willan, and Baskeyfield handles it superbly. The piece has been recorded many times but not often with the perfect combination of organ and organist, which produces a wonderfully atmospheric performance. I have listened to this several times with great enjoyment.”
Robert Delcamp, American Record Guide

“A player of some courage and considerable technique… Throughout, Baskeyfield delivers dextrous and detailed playing that promises much for the future.”
Choir and Organ

“Baskeyfield is an impressive performer and notable for his skillful registrations. His choice of tonal colours is masterful… The disc is a fabulous recording and an important document for this historic instrument now more than a century old.”
Full review at The WholeNote

“A young musician at the start of what promises to be a career to recall those of Twentieth-Century titans of the instrument like Biggs, Fox, and Marie-Claire Alain… With his playing on this disc, dedicated to captivating repertory overlooked by many, less-adventurous organists and record labels, David Baskeyfield announces his prominence among the superior organists of the still-nascent Twenty-First Century.”
Full review at Voix-des-arts.com

A short video made during a recording session