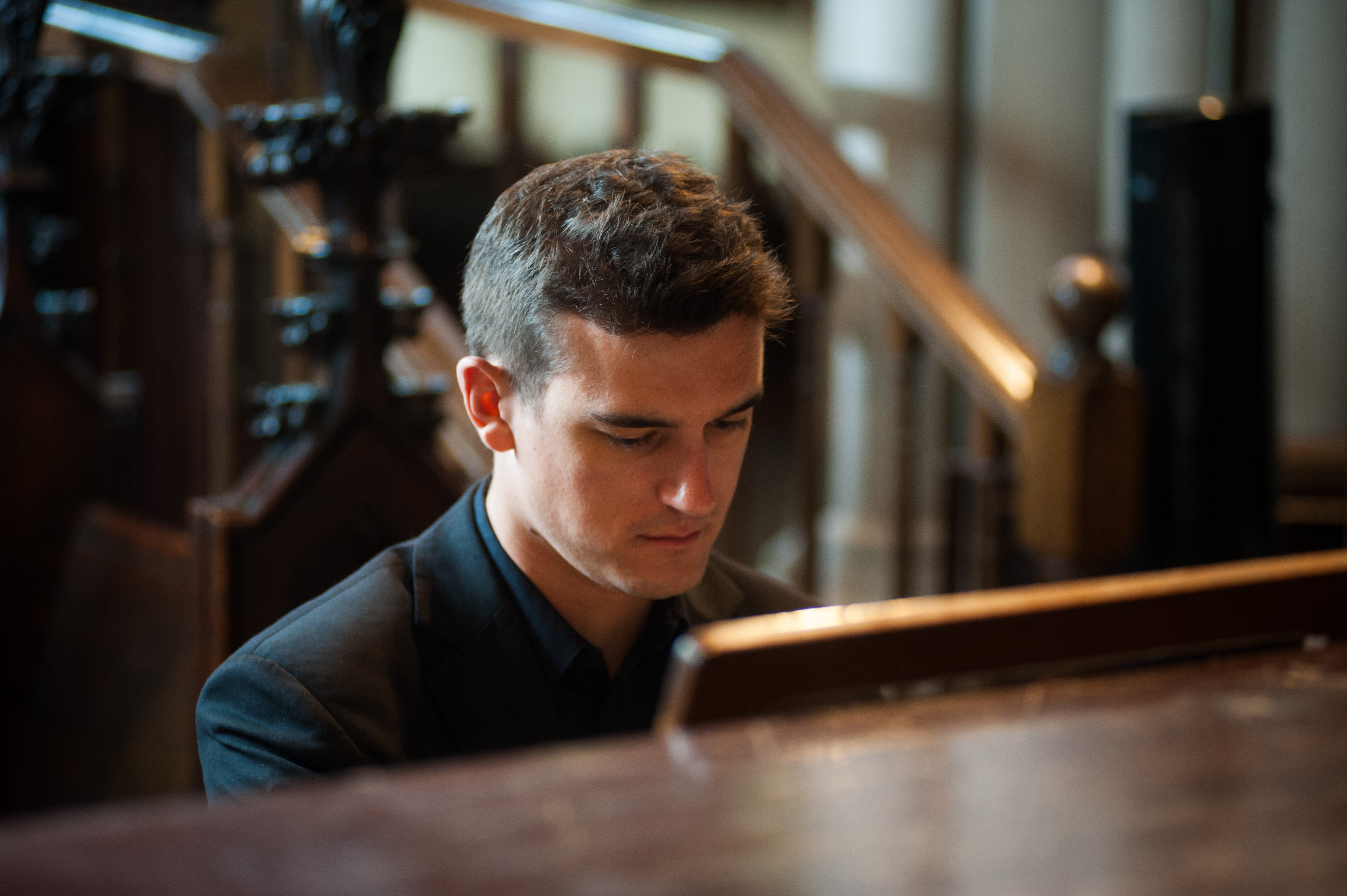 Commended for his “masterful artistry” (The Diapason) David Baskeyfield has earned a reputation for creative programing, showcasing virtuoso facility tempered by intelligent interpretation, authoritative command of registration and informed above all by intuitive and communicative musicality. “From the first few notes, Baskeyfield’s musicianship let the audience relax. He has that kind of unruffled technique an audience likes in a star, and lent palpable architecture to longer works… By not over-lingering on details early on in pieces, he won the listener’s indulgence in his grander rhythmic gestures later on.” (Choir and Organ, UK).

Mr. Baskeyfield specializes particularly in the music of the French composers of the 19th and 20th centuries. One of relatively few organists in North America to improvise regularly in recital, his interest in organ improvisation is informed by study of the apostolic succession of teachers and students at the Paris Conservatoire; this was a school of playing in which composition and improvisation were closely linked. However, his concert repertoire is wide and eclectic, at home with the music of the Old Masters of the 17th-century as with that of the great 19th-century virtuosos. “Baskeyfield knows how to tell a story with the organ, and there seems to be no literature he cannot interpret convincingly.” (The American Organist)

His two recorded albums to date, both showcasing instruments of particular significance, have been received to consistently high praise: on his debut recording (ATMA Classique): “the perfect combination of organ and organist” (American Record Guide); “His choice of tonal colours is masterful… The disc is a fabulous recording and an important document for this historic instrument now more than a century old.” (theWholeNote). His latest, “Dupré: the American Experience” (Acis) was recorded on the landmark Franco-American organ of St. Mary the Virgin, Times Square, NY, the ideal vehicle for the music of a Frenchman who was so strongly influenced by the instruments he encountered during his multiple American tours. It includes the US premiere recording of his edition of an unpublished orchestral transcription by Dupré. Choir and Organ notes “astounding virtuosity and musicality.”

Mr. Baskeyfield was an organ scholar at St John’s College, Oxford, where he read Law. On the encouragement of David Higgs, he crossed the Atlantic to begin graduate work at the Eastman School of Music as a student of Higgs, studying improvisation with William Porter. His doctoral research examined the influence of the Paris Conservatoire organ improvisation curriculum on the composed repertoire of Dupré and Vierne. He is the recipient of an unusual number of first prizes in playing competitions; these include the Canadian International Organ Competition, St Albans, Miami, and the AGO National Competition in Organ Improvisation, all with audience prize.

He has taught on the Sacred Music curriculum at the Eastman School of Music and is the Director of Music at Christ Episcopal Church, Pittsford, NY.

Aside from solo performance he enjoys work as a collaborative pianist and organist, continuo player, and occasional cocktail pianist. He has been broadcast a number of times on American Public Media’s Pipedreams, as well as NPR’s With Heart and Voice and, more locally, as part of the daily playlist on classical station WXXI. He has occasionally given theatre organ recitals. He is currently enthusiastic about cooking, brewing, sports fishing and aquarium fish (in particular the species endemic to the East African Rift Lakes Malawi and Tanganyika). He shares his house with two springer spaniels, Lucy and Wilbur.

He is represented in North America by Karen McFarlane Artists, Inc.